We’ve enjoyed our first camping trip of the year and the time spent with Scott, Julia’s brother. We have different ideas about what’s safe during these days, but having the Scamp on the property and a long covered porch to socialize more safely has made for a pleasant  stay.
On the day after Julia’s arrival, we drove ten minutes to the Harrison Hills segment of the Ice Age Trail. In the beginning, we opted to start our hike on the well-maintained and roughly parallel ATV trail. It made for easy side-by-side hiking and seemed less “ticky,” which can be a problem this time of year. Additionally, it was early enough that the ATV riders had not yet recovered from Saturday morning hangovers, so we initially had the trail to ourselves. 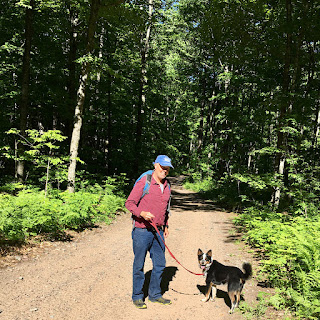 The weather was crisp with temperatures starting in the 40’s and topping out in the 60’s. This area of the state is characterized by thick woods, small lakes and wetlands. 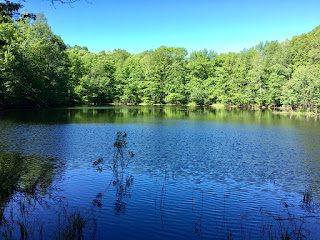 After about three miles, the trail was interrupted by a “water feature” caused by four inches of recent rain. After discussing whether or not to get wet in the water of unknown depth, we decided that a six mike hike in and out would be enough. 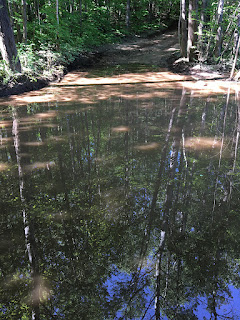 Callie felt cheated, so she went for a short swim on the return trip. 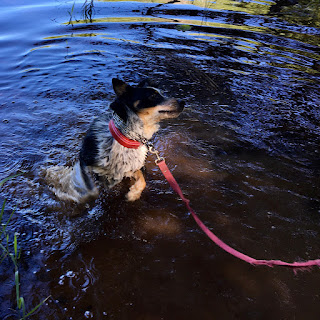 By now, the ATV’s started showing up. Watching them ride by, with everyone but the leader breathing a cloud of trail dust, made me glad to have married another silent sports enthusiast. The Ice Age Trail intersects with the ATV trail several times, so we jumped off into the narrower walking path. Unfortunately, we didn’t have a trail map, so by 50/50 chance, we headed the wrong way.
However, it was such a beautiful day, we didn’t really care. After hiking up a steep hill ending with a radio broadcast tower, we figured out our (my) mistake, and retraced our steps to get to the other side of the ATV’s. 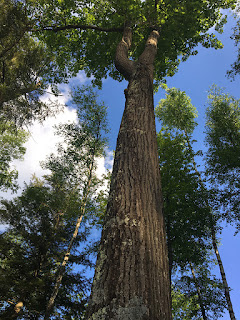 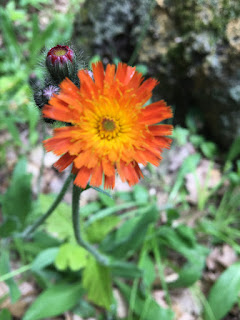 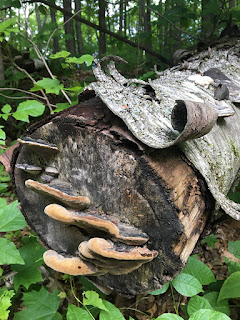 Soon, we were back at the now-crowded parking lot. Not much social distancing going on here, so we hurried into the truck and headed back to Scott’s for spicy Bloody Mary’s and a game of cards. 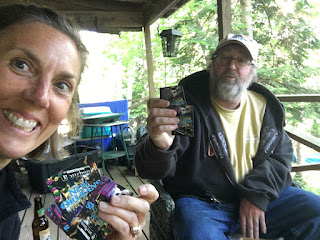