We were having a perfectly boring week of social distancing. Then all hell broke loose. I have a neighbor who makes bad choices from time to time. He’s a real nice guy when he isn’t drinking too much or driving too fast.

Thursday morning, he was allegedly doing both. 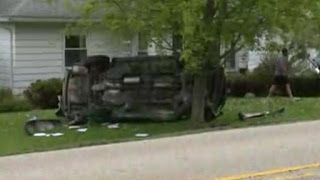 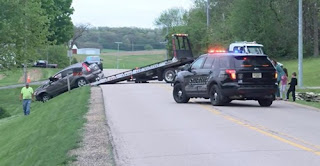 Somehow, his vehicle hit a utility pole, two cars, and a house. The car ended up on its side just in front of an old man’s living room picture window. The old man was sitting in his living room and could have been killed if the vehicle had bounced differently. My neighbor walked away uninjured. I mean that literally. After the accident, he walked away, across the street, through some back yards, and into the woods which eventually connects with his own property.

We had a front porch seat for the manhunt, which included half a dozen law enforcement vehicles and drones. They caught him just before dusk. Before it was over, we had cop cars driving at a fairly high rate of speed up and down our driveway.

I hope he gets the help that he needs. Being his sixth OWI, I won’t hold my breath.