We enjoyed our four-day stay at Padre Balli Park–which was conveniently located to both Corpus Christi and Padre Island National Seashore.  On Thursday and Friday, the area was moderately crowded.  We spent our time mostly on the beach, starting our hikes before dawn. 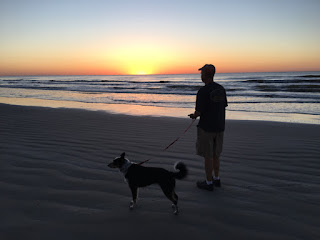 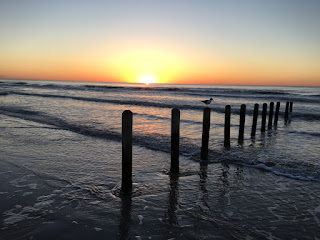 But as Easter approached, the crowds arrived.

On one day, we sampled the beers at Lorelei Brewing Company, which had  a delightful outdoor space. 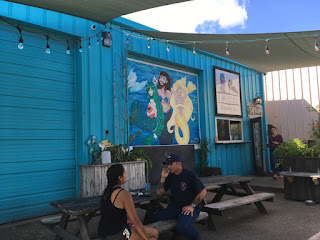 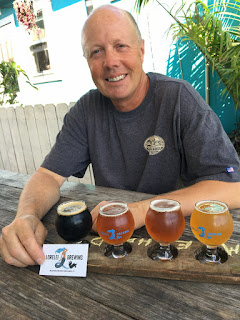 On another day we went to the Texas Sealife Center where injured or diseased sea turtles and other creatures are nursed back to health and then released. 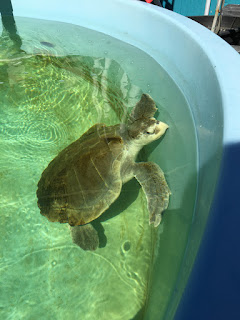 On Easter morning, we got up at 5:30 a.m.and attended a non-denominational Passion Play held for many years at one of Corpus Christi’s waterfront parks. 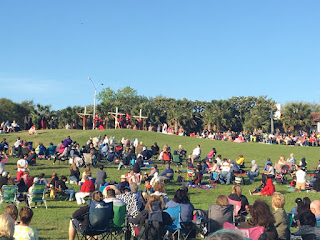 By Sunday afternoon, the beach was packed as tight as a parking lot with vehicles, dogs and people.  As campers left the full Malaquite Campground at the National Park to go home, we vultured a prime campsite protected by the dunes but still overlooking the gulf.  By Sunday night, the crowds had left, and we had the beach to ourselves. 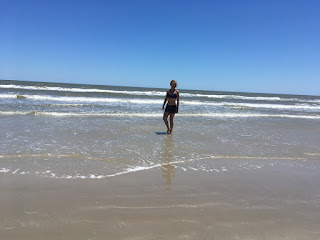