Our next stop in early May was at another Corps of Engineers campground at Rend Lake near Benton, Illinois.

We needed to reserve a spot for the weekend, and things were already getting crowded on the first weekend in May. I made the reservation two weeks in advance, and our site was far from prime. To get level, I needed all of my leveling blocks for the rear of the trailer. 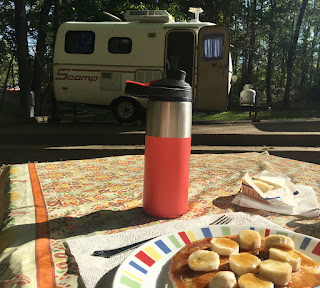 There was a lengthy bike/hike paved trail on the property. We took full advantage and walked at least five miles every day of our stay. After the weekend, the campground emptied out enough to score a lakeside site. 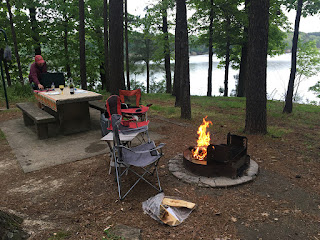 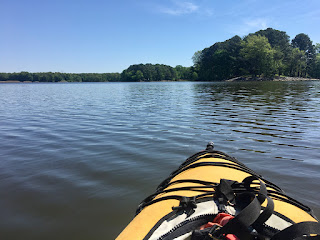 We visited two brewpubs in the area. The first was called  The Hop Brewery in Christopher, Illinois. The town was in bad economic shape.  The brewery was newer and the highlight of the town. 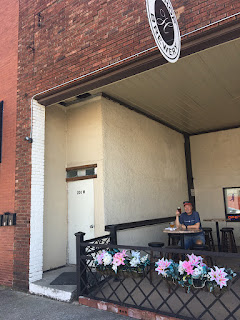 Julia had a Hefeweizen that she thought was ok. I had something called a white stout that I didn’t like much at all. I thought it would be light colored but full bodied, but it was more like a stout on a diet. 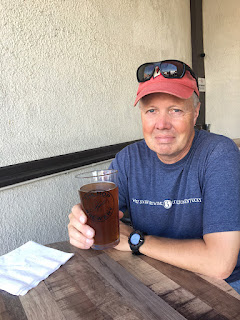 We also went to St Nicholas Brewery in Du Quoin, Illinois. The beer here was much better. 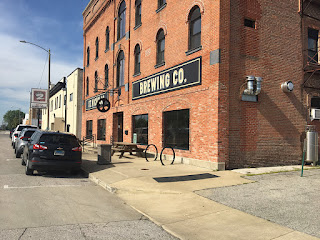 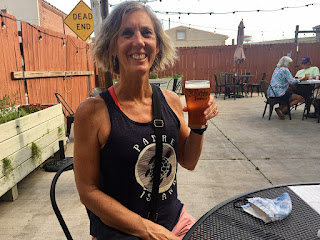 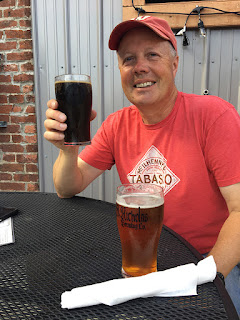 We spent four days at Rend Lake before heading across the river to Mark Twain country in Iowa. 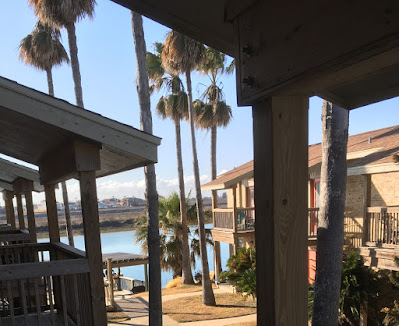