There's a property not far from me that was the largest ammunition plant in the world.  Badger Ordnance Works was announced in 1941.  In less than a year, over a hundred area farmers were kicked off their land and forced to sell.  Of course, before the farmers, the Ho Chunk Tribe inhabited this area, which was once the largest prairie in all of Wisconsin.  Elk would come down from the Baraboo Range to graze here.

The ordinance works  produced rocket propellant, smokeless powder, and E.C. powder from World War 2 through the Vietnam War and employed more than 23,000 workers.  E.C. powder was used in hand grenades. When the plant was built, a 75,000 foot fence circled around the 7500 acre property.  In 1977, it was placed on stand-by service.

Eventually, the land was designated for recreational use.  The land is controlled by the State DNR,  the Ho Chunk nation, and the U.S. Department of Agriculture.

There is a plan to restore much of the property to the glorious prairie that it once was.  This was my first time to the property, and I really should have done a better job researching to see where the trails were. 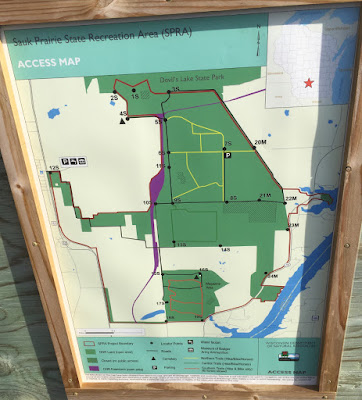 On the map, the hwy 12 entrance is on the far left and center.  There is only a very narrow section of public land where I entered. 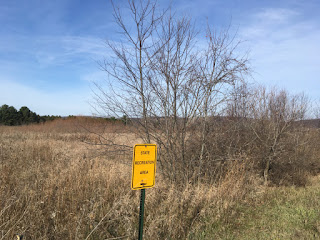 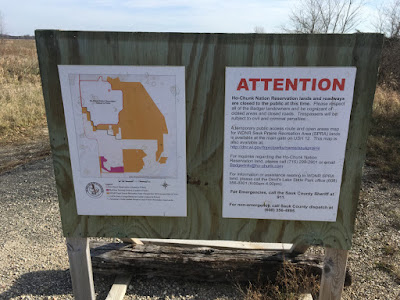 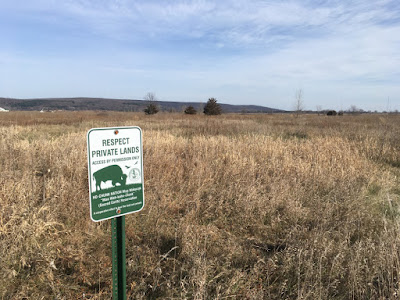 There were also a lot of hunters in trucks scouting for the deer hunt.  Callie and I mostly road-walked for about five miles. It's hard not to think about all of the chemicals used during the manufacturing process here.  Years after the plant closed, contaminated ground water continued to turn up at area residences, forcing the supply of bottled drinking water.

A Different Kind of Hike

Yesterday was Justin's procedure at UW Hospital.  I dropped him off at the door and headed to Marshall Park Boat Launch on Lake Mendota.  I had a couple of hours to kill and did so by walking a circle route of about 1000 steps.  It was a pleasant walk, which I repeated about a dozen times to get some exercise in.  It wasn't nearly as interesting as the Ordnance Works, but the scenery was pleasant. 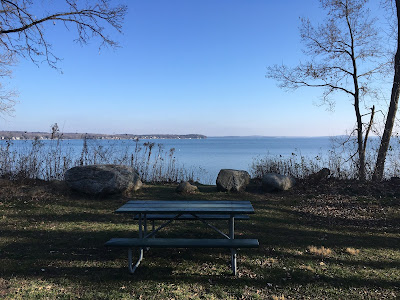 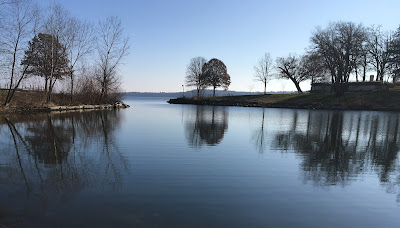 Justin, who is twenty,  made it through his procedure:  a painful, unpleasant one.  Kind of an abbreviated colonoscopy without any anesthesia.  He couldn't stop talking about it afterwards and even had pictures for show and tell. The preliminary opinion was that everything looked to be ok.

Our family has some other good news.  After many interviews, my daughter Allie accepted her first professional job after college. She will work for a small marketing/advertising firm in downtown San Francisco, although work will be remote for awhile.  Allie also found a reasonable sublet in "The City."

I'm very excited for her and maybe a little bit jealous.  I worked in San Francisco as a paralegal in my mid-twenties, and it is a very exciting place to be as a young adult.  Congratulations, Allie! 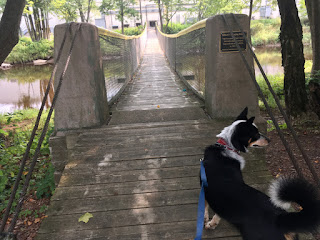