Gibraltar Rock: Hiking in the Dark 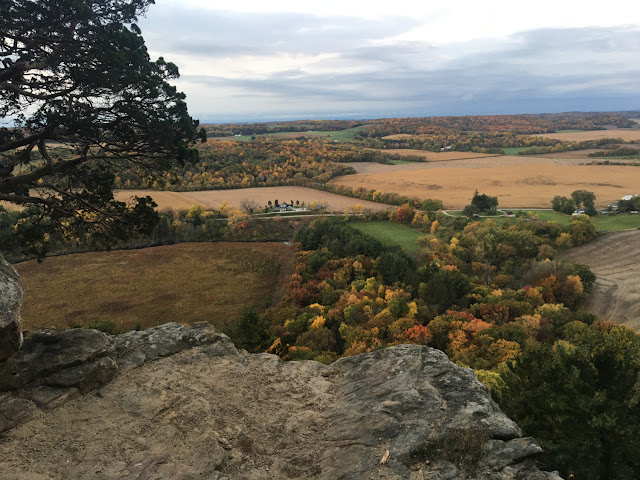 I mentioned in my previous post that Gibraltar Rock is now open after being closed since spring, due to the pandemic and the crowds that congregate here.

There were no crowds at 6:15 a.m. on a recent weekday morning.  In fact, there were no vehicles in either of the parking lots.  Julia and I very rarely hike in the dark.  We won a lottery at Bryce National Park a couple of years ago for a guided moonlight hike to the bottom of the canyon.  We've also stayed too long for sunset at Gibraltar and ended up hiking down in semi-darkness.

This time, there was no moon, and the heavy woods gave no hint of pre-dawn for most of the way to the top.  Again, we were totally alone on top of the cliffs. 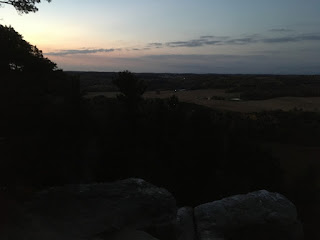 There was just a hint of light, but we knew that there would be an opportunity for a better view on the return loop.  We followed the Ice Age Trail back down to the main parking lot.  On the way, we passed five people, with our same idea, mostly older and wearing masks.  They started a little bit later than us and left from the main parking lot.

By the time we started heading back up again on the former park road, the sun was starting to rise, making it much easier to hike. Motor vehicles have been prohibited on the park road for many years, but with no one hiking on it for months, the former asphalt pavement has narrowed and is going back to nature. 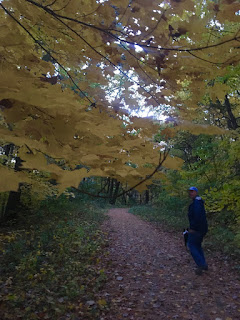 At the top again, we lingered for awhile and enjoyed the view.  I could hardly believe my eyes when I saw that someone had already littered with a plastic bottle at the best view on the cliff. 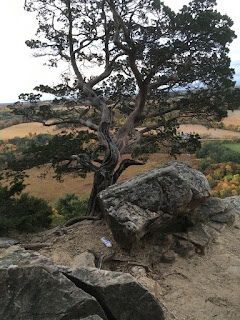 The hike down was easy, now that we could clearly see. 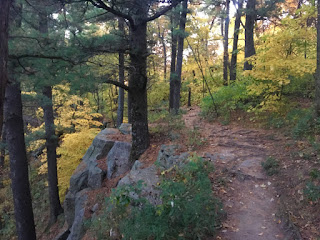 I've done this hike many times, and I'll never tire of it.